Murray Homes has just completed a major renovation of Bird Key Yacht Club. The project was completed on time and on budget and with outstanding results.

Established in 1959, the Bird Key Yacht Club has seen numerous upgrades and renovations over the years. This project included renovations to the entrance, parking lot, a new, nautically themed entry hall and reception and lobby area with a grand two-story foyer and a new port cochère.

A “Grand Opening” was held in conjunction with The Commodore’s Ball on Saturday, November 19th when Bird Key residents and club members descended in their finery to celebrate a ribbon cutting and a cannon salute followed by an exquisite dinner.

Murray Homes was chosen from numerous applicants to bid for the project. Comments from Bird Key Yacht Club reflect a happy and successful outcome: “Working with Steve Murray and Murray Homes on this project couldn’t have made for a better renovation experience,” said Rob Edwards, General Manager “. He never lacked focus or momentum and doesn’t compromise. He wants to get it right; that’s the way he operates!

John and Glyn Murray have been members of Bird Key Yacht Club since 1995 and the family actively races there. 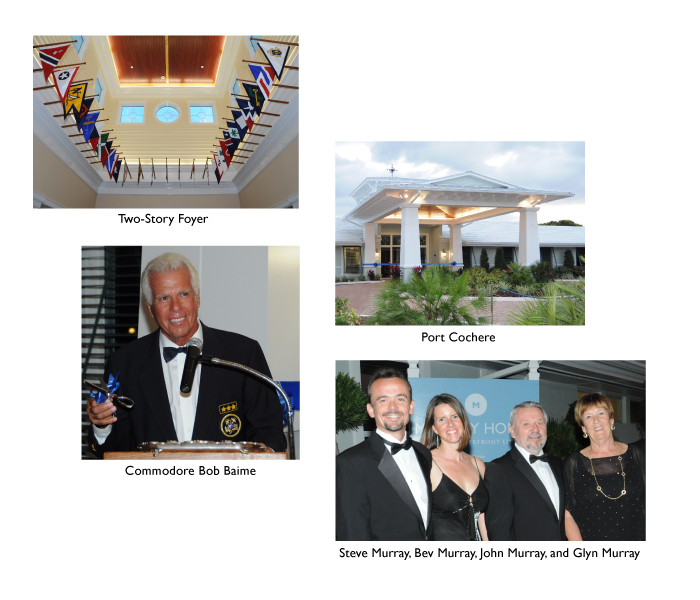